Facebook groups are now the place to be if you want to read about the latest marketing tactics.

But we all know that most of them are full of self-promotion and brag posts.

They’re heavily moderated for quality and quick to ban spammers and scammers.

This list will cover the groups that are packed with actionable advice and valuable insights to help you become a better marketer.

I’ve joined and learnt from each one of these and look forward to seeing you in a few.

These are the best facebook ads groups around. Of the 10+ I’m a member of, these are easily the best.

Despite the ginormous size of this group, it is a gem. The culture of the group is positive and people genuinely are willing to help out and provide value where they can. Knowledge bombs in this group are exactly what they say they are… a long-form break down detailing a campaign’s success. Expect to see lots of advice on scaling campaigns and impressive return on ad spend multiples. No group is immune to low-value posts and this one is no different, but the value makes up for it.

I’d put this group at the same level as Ad Hacks. It’s community-led with lots of helpful and useful discussion and often some real value posts. As with Ad Hacks, the majority of the content will be people complaining about having their accounts banned or asking basic questions. But luckily the Facebook algorithm kindly removes this from my feed so only the best posts show up.

This is the last group I’d include in the top tier for quality content. This group is slightly different from the others, as the founder Alex plays a more active role. The result is that the group functions as a bit of an outlet for his content and blog promotion. Which isn’t necessarily a negative comment as his content is top notch!

This is the biggest group for Google Ads so it attracts a whole range of people from absolute beginners, small businesses through to agencies. This means there is both a wide variety of niches as well as knowledge. Perfect if you want a broad understanding of Google Ads.

Though the group is named after Isaac this group is definitely a community-led group rather than another personality focussed group. The group has it’s founding following Isaas’s incredibly successful (123,000+ students) Google Ads course. I’ve taken the course and it’s a great intro to Google Ads. The group functions as a kind of a support community for his course sales. This is actually a perfect structure for a successful group as all users are in the group to learn and share.

The smaller size of this group absolutely does not represent the quality of the content as this group. This group is the nuts for practical and field-tested strategies. The creators regularly share useful knowledge and best practice on what people should be doing. Though it doesn’t personally interest me, they also go into a lot of detail around the practicalities of running an agency and the challenges that entails.

SEO Facebook groups are rife with spammers and people trying to sneak affiliate links into their posts. Stay away from those and join these awesome groups.

The biggest SEO group worth joining.  Steve does a great job at keeping the spam out and is well connected enough to get expert guests to do insightful AMA’s

I know that this one isn’t strictly a”SEO group”… but I strongly believe that you should learn from anyone who is a subject matter expert. Affiliates are definitely subject matter experts in SEO, hence why this group makes the cut. There are plenty of cutting edge tricks as well as experienced SEO’s who’ve been there, done it and learnt from it.

This is a rather new group and is on the bleeding edge of the “on-page” trend that is happening right now. Daniel shares a bunch of insights into his on-page tests and leads by example in SEO-testing. This attitude is followed by the group who all share useful insights they’ve learnt from their own experience.

This group is awesome, if only because Glen shares insightful tidbits every now again. He’s a sharp guys and knows his SEO, so getting access to his musings should be enough reason to join this group.

There are so many groups out there and so many discussions happening that you can’t even dream of reading it all. You’ve got to pick your battles and spend time where you’ll get the most out of it. Personally I think these are the best marketing facebook groups, but you may prefer something a bit different. 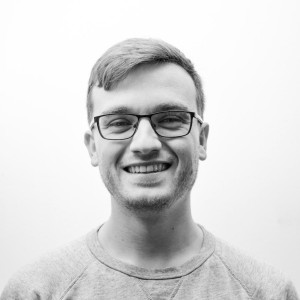 Hey I'm Ryan. I'm the guy behind Marketer Abroad. You can learn about more about me over at the about page :)
This website uses cookies to improve your experience. We'll assume you're ok with this, but you can opt-out if you wish. Cookie settingsACCEPT

This website uses cookies to improve your experience while you navigate through the website. Out of these cookies, the cookies that are categorized as necessary are stored on your browser as they are essential for the working of basic functionalities of the website. We also use third-party cookies that help us analyze and understand how you use this website. These cookies will be stored in your browser only with your consent. You also have the option to opt-out of these cookies. But opting out of some of these cookies may have an effect on your browsing experience.
Necessary Always Enabled
Necessary cookies are absolutely essential for the website to function properly. This category only includes cookies that ensures basic functionalities and security features of the website. These cookies do not store any personal information.
Non-necessary
Any cookies that may not be particularly necessary for the website to function and is used specifically to collect user personal data via analytics, ads, other embedded contents are termed as non-necessary cookies. It is mandatory to procure user consent prior to running these cookies on your website.
SAVE & ACCEPT